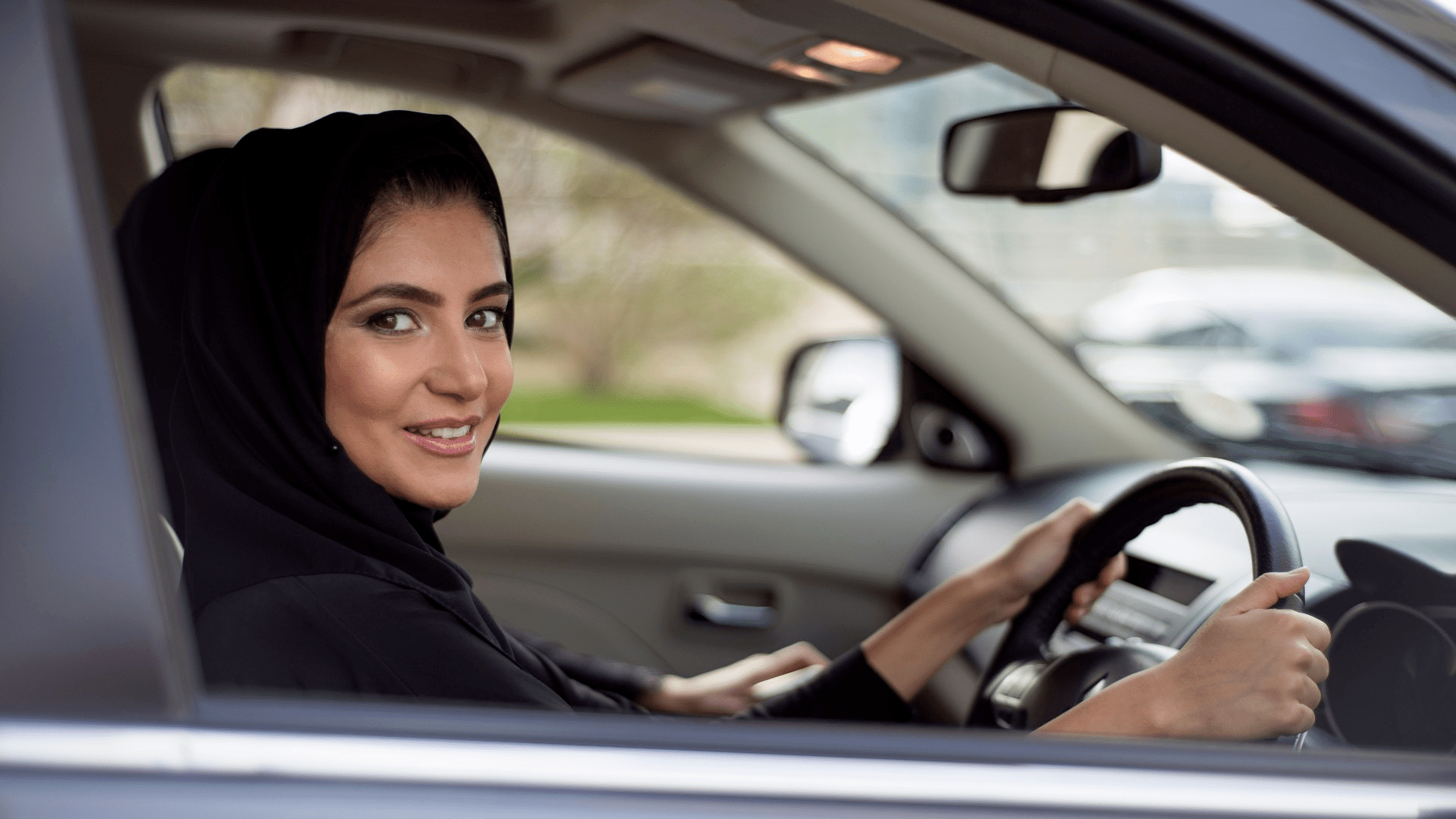 In Pakistan, it’s really become difficult to drive a car, especially in prominent cities like Karachi and Lahore due to massive traffic and impropriety ways of driving. Many people face daily routine traffic on their way to offices and home. This is the main reason; people became crabby and disheartened nowadays. That’s why people preferred a small hatchback car over a sedan especially working women. This article will help you to find the Best Cars for female drivers in Pakistan according to their budget and convenience.

Women feel very comfortable driving a small hatchback car in traffic because of its easy handling. They easily managed to drive small cars in traffic as well as on straits roads. Below is the list of hatch-back small cars, women love to own. 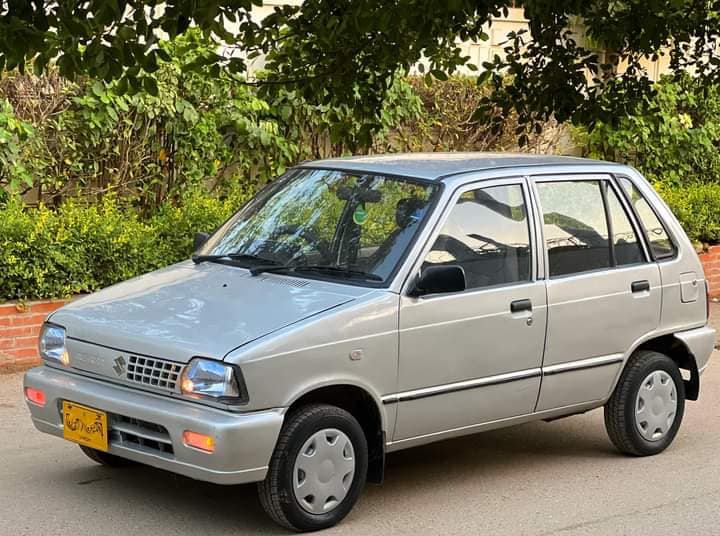 Suzuki Mehran aka ‘The Boss’ is one of the renowned hatchback locally assembled vehicles in Pakistan, equipped with an 800cc manual engine. Mehran is a fuel-efficient and economical vehicle, easy to maintain, and has cheap spare parts which are easily available in every corner of the city. One best things about Mehran is, it has the best resale value. It will never disappoint you whenever you are going to sell it. The negative point of the Suzuki Mehran is, it has No Comfort if you looking for a car having a comfortable drive then Mehran is not for you. The positive point of the Suzuki Mehran is its price, you can find a good old model Mehran starting from 1,50 Lacs to a maximum of 8 lacs if you are moving towards up models according to your budget. 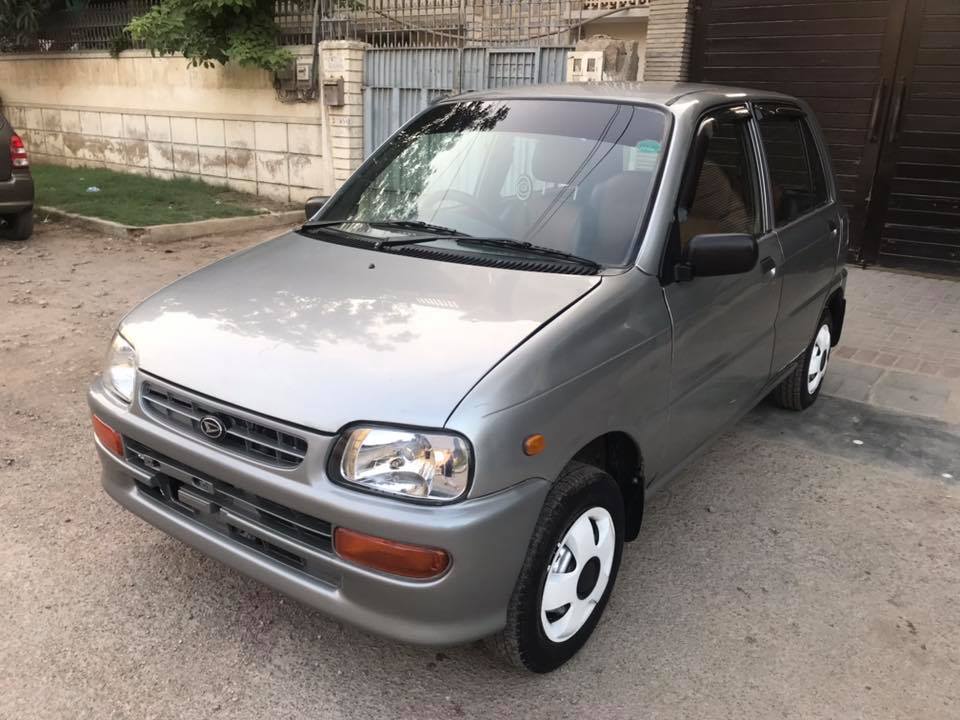 First generation of Daihatsu Cuore was introduced in 2000 in Pakistan. After 12 years of the production period, Daihatsu halted the production of Cuore in 2012.  It’s a front wheel (fwd) 800cc hatchback small car available in both manual and automatic options. Daihatsu Cuore is also known as the Daihatsu Mira in international market. A reliable fuel-efficient hatchback car with cheap maintenance same like Mehran, Cuore is also easy to manage in traffic, especially for ladies. Daihatsu Cuore has a good road grip, handling, and comfort level as compared to Suzuki Mehran. Spare parts are also available at cheap rates from anywhere. Cuore also has a good resale value. You can find a good condition of Daihatsu Cuore from the range of  5 lacs to 7 lacs depending on its condition and model.

Must Read: Top 8 tips to Get Better Fuel Mileage 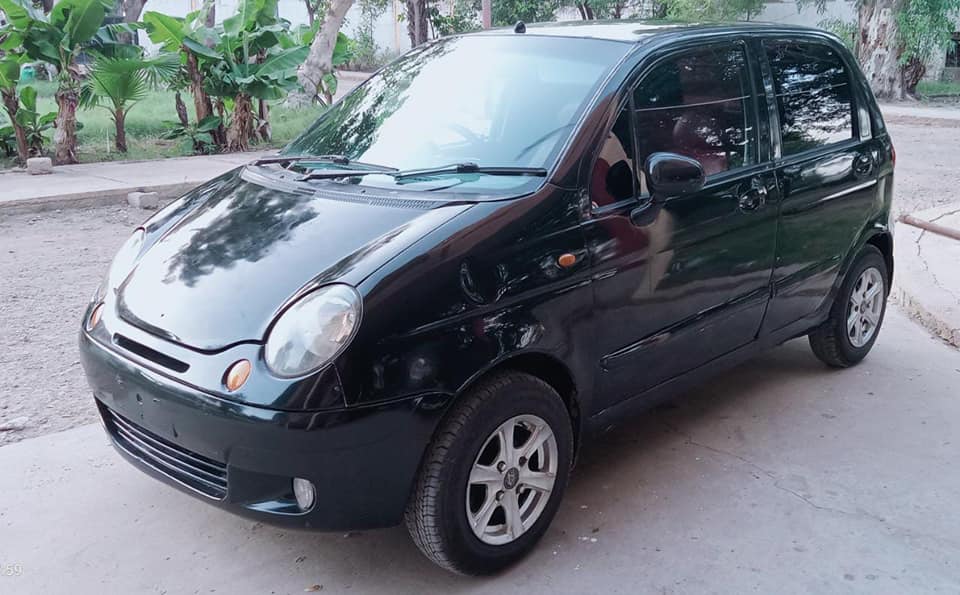 The first generation of Chevrolet Joy was introduced in 2005. A front wheel (fwd) 1000cc manual engine hatchback car. Chevrolet Joy was designed and assembled by the South Korean maker Daewoo and was later rebadged and sold by Chevrolet as the Chevrolet Joy. The prominent features of the Chevrolet Joy are power steering, power windows, a defogger, cup holders, and a remote boot/fuel lid. According to Joy owners, The fuel average of this vehicle is not much good you may get 9-10 without Ac and in long 11-12 however it has a good smart look better than other hatchback cars of the same class. The spare parts are a bit expensive but available. Resell of Chevrolet is just fine. You can get a good Chevrolet Joy in between 4 lacs to 6 according to its condition. 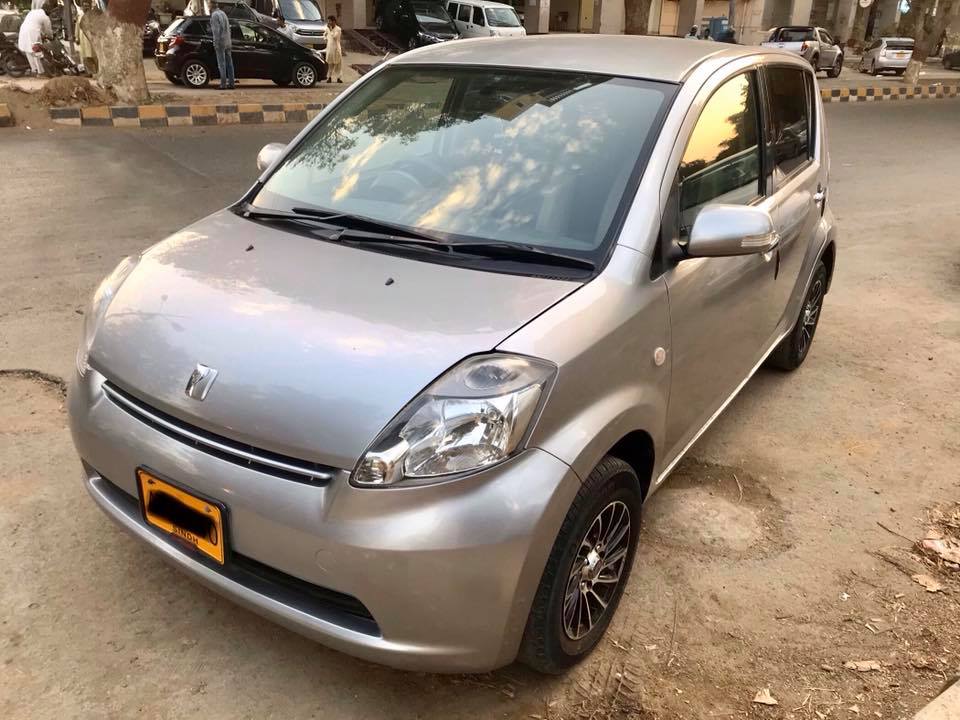 A comfortable and reliable hatchback Toyota car equipped with a 1000cc automatic engine. The prominent features in Toyota Passo are power windows, power steering, defogger, remote boot, tachometer, adjustable headlights, cup holders, and airbags depending on its variant and model. It’s a fuel-efficient vehicle giving around 12-15 in the city and 17-20 on long. Passo will also be your great partner in massive traffic due to its comfort level, best handling, and good Ac performance. Toyota Passo never disappoints you on its resell value. Spare parts of Toyota Passo have a comparatively high price.  A good-condition Toyota Passo will cost you around 9 lacs to 18 lacs depending on its condition, model, and variant. 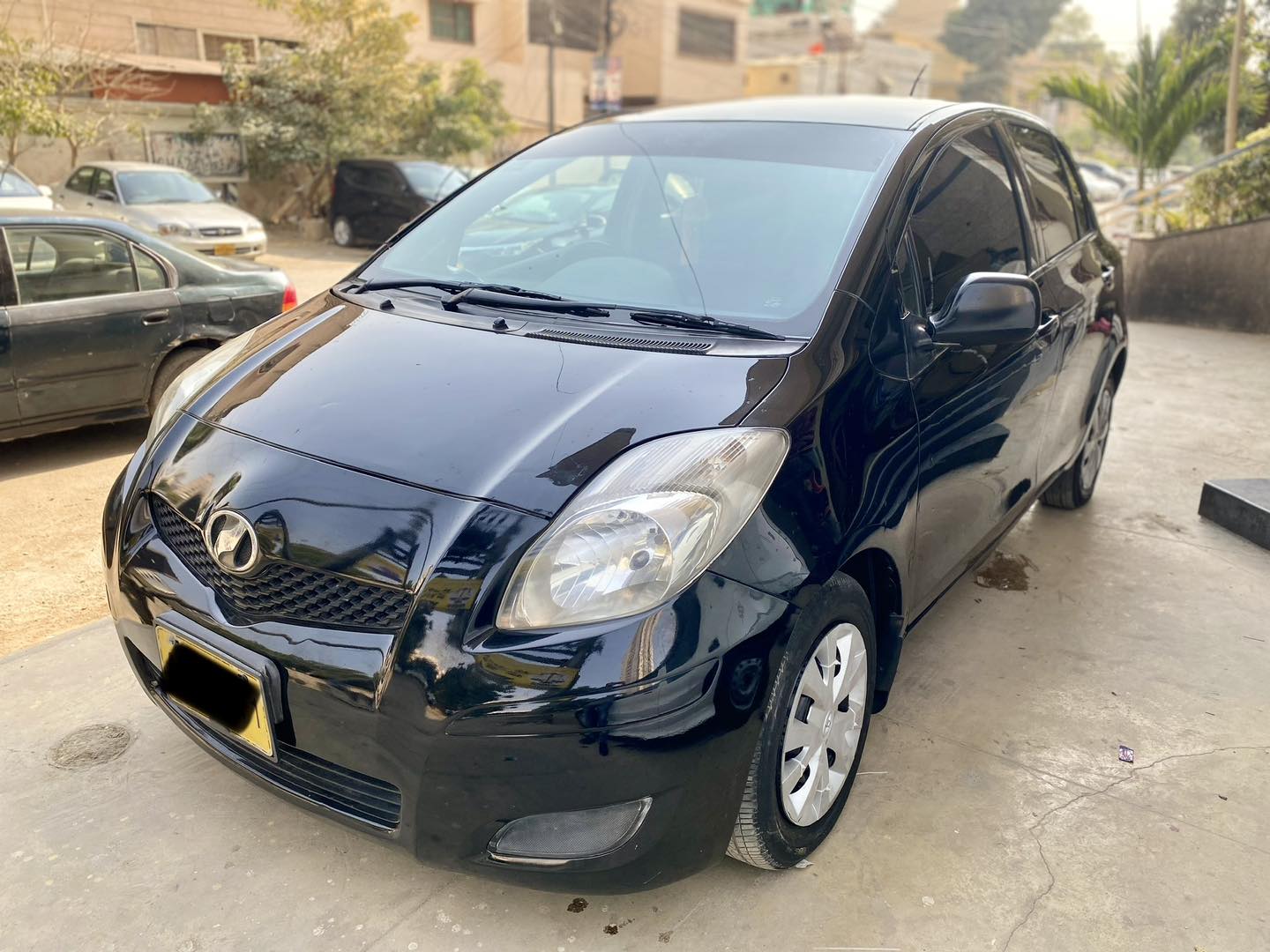 Toyota Vitz is also known as ‘Toyota Yaris’ in the International market. Available in 1000cc,1300cc, and 1500cc engine options depending on the package/variant offered in Vitz. It’s a subcompact hatch-back front wheel (fwd) automatic car having features of power windows, power steering, airbags, retractable mirrors, and Abs brakes depending on its package/variant. A mind-blowing comfortable car for women due to its easy handling, good Ac performance, and ease of management in traffic. Spare parts of Toyota Vitz are easily available at normal to high prices, it depends on the. If we talk about its fuel average, then according to owners It gives a fuel average of 12-14 in the city and 15-16 on long. Resell of Toyota Vitz is also good. You can get a good-condition Toyota Vitz for around 9 lacs to 20 lacs depending on its model, variant, and condition. 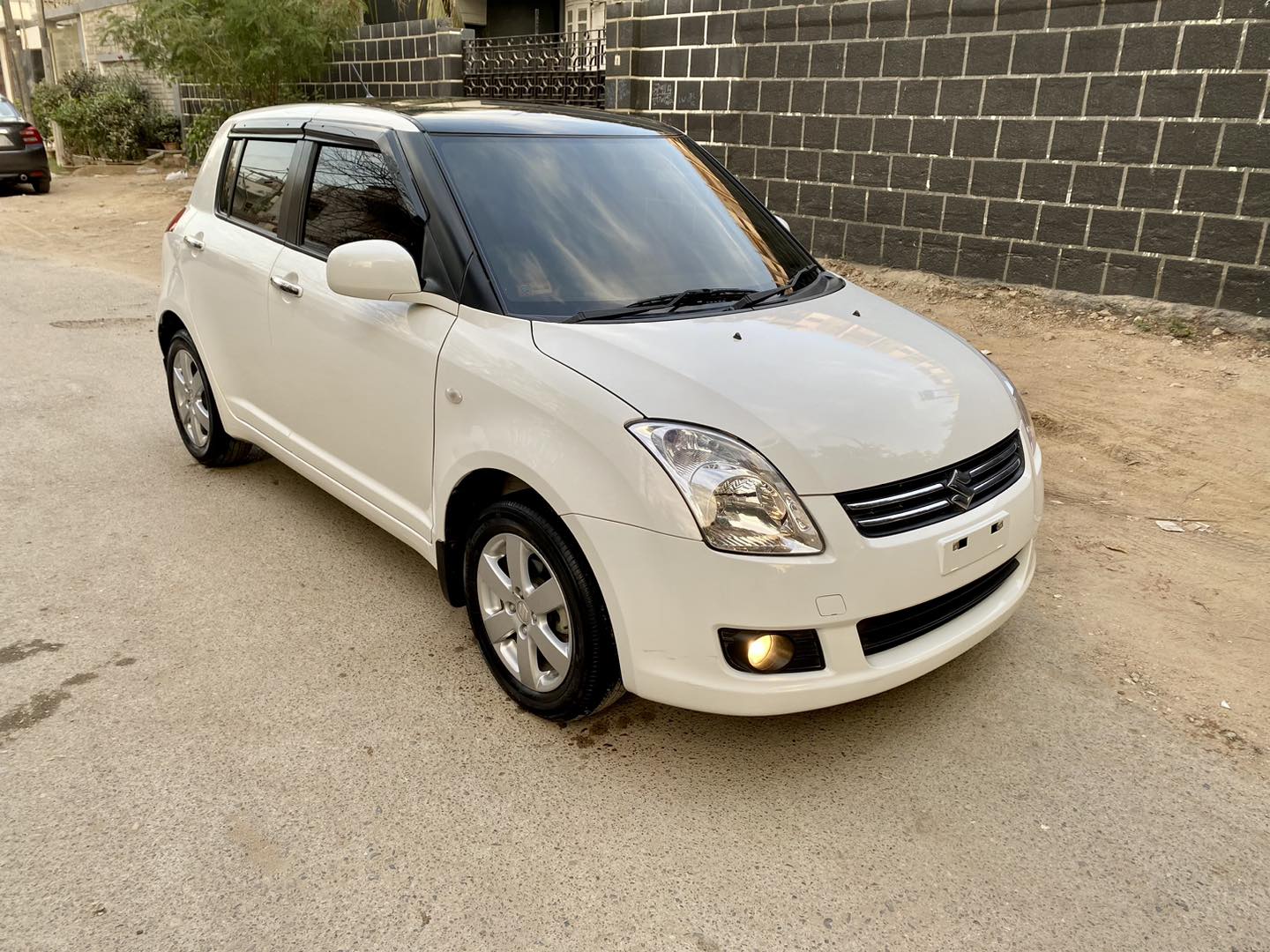 Second generation of Suzuki Swift was introduced in 2010 A front-wheel (fwd) subcompact 1300cc car available in both automatic and manual options. It has two variants in the market, one is DLX navigation and the other one is DLX automatic navigation. It has power steering, power window, defogger, tachometer, Cup Holders, remote boot, and a good Ac performance like all other premium sector hatch-back cars but unfortunately, Swift has no Airbags if we talk about safety. Suzuki Swift gives an average of 12-15 in city and 15-17 on long. Parts are not much cheaper.

Recently, Pak Suzuki decided to discontinue this generation. It might be possible that Pak Suzuki finally decided to introduce the 3rd generation of Swift in Pakistan. In 2011-12, the Second generation Suzuki Swift reached its highest sales ever, selling more than 7000 units in a year. Indeed, the best car for working women has a great resale value. You can get a good condition Suzuki Swift from 12 lacs to 19 lacs depending on its model. 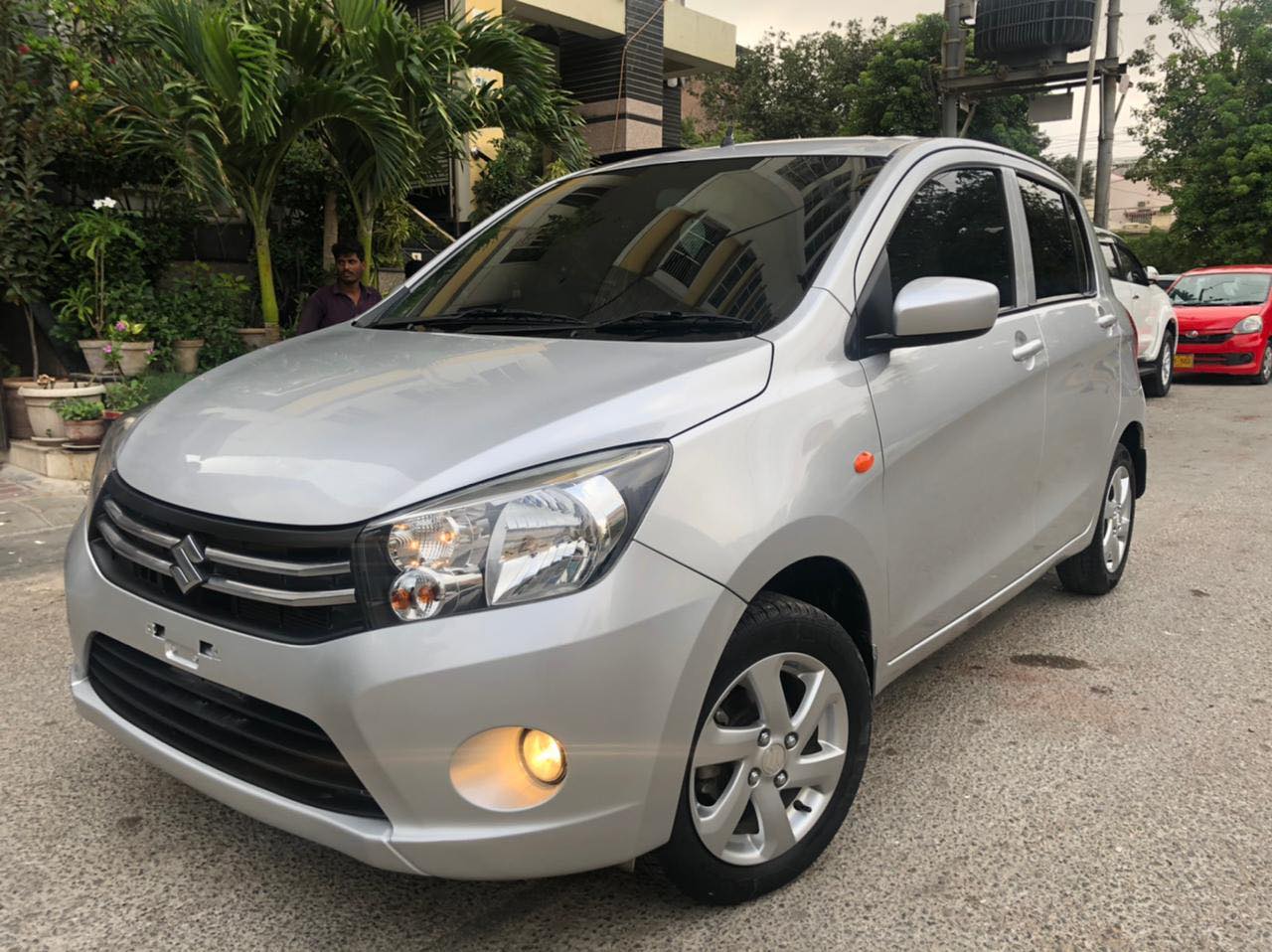 Cultus comes with airbags, power steering, power windows, fog lights, and an Abs brake (depending on the variant). The fuel economy of Cultus is 14-15 in the city and for long 17-18. Spare parts are easily available at normal prices and as it is a Suzuki car, reselling is also good. You can get a good used Suzuki Cultus starting from 15 lacs to 20 lacs depending on its variant and model. 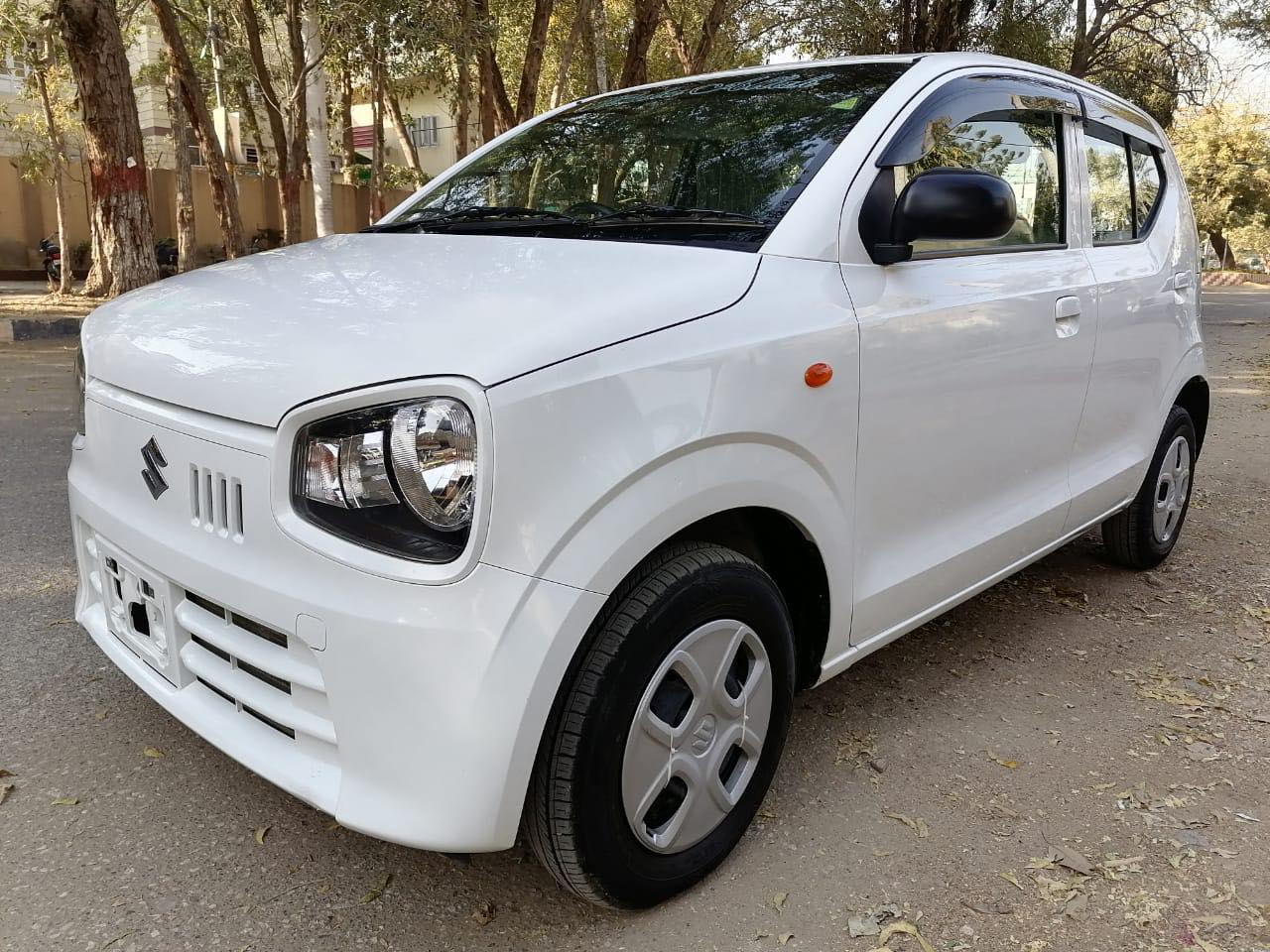 The top of the line variant, Alto VXL comes with ABS brakes, Auto Gear Shift (AGS), 2 airbags, an air conditioner, and numerous other noticeable features. According to the owner, It gives a fuel average of 19-21 in the city and 24-25 on long which is impressively a good fuel economy. Suzuki Alto’s spare parts are easily available at normal prices and as it belongs to the Suzuki family, the reselling of this car will never disappoint you. You can get a good used Suzuki Alto 660cc starting from 16 lacs to 26 lacs depending on its variant and model.

There is absolutely no doubt how difficult it is to drive on Pakistani roads! While driving through the city, the driver must be aware of the bumps and twitches. . Before purchasing a car for a female driver in Pakistan, you should consider aspects like fuel efficiency, mileage, and widely accessible spare parts.

Your reached the limit of ads. Please upgrade your plan.